Over three years ago Danielle left behind a 15 year long career as a psychoanalyst and energy healer. With that she sold another business, both of which were successful and one where she was about to emerge as a significant leader in her field. She had achieved something big but was not fully happy.

For two years, she didn’t work. She wanted to experience what it felt like to simply be—without an identity or goal. Having made the choice to follow something moving inside her that was incredibly strong but not yet defined, she fell madly in love with life. In this space, she also discovered a vision so strong that within a matter of weeks she realized she was being called to express herself in a new way, a form of self-expression even more healing than what came before.

Her artwork, therefore, is both an expression of this aliveness and freedom she discovered and also the unknown journey that is unfolding from this place: a heart-centered, embodied journey in and beyond time. It is an exploration of the process of being and becoming. Of authentic self-expression without becoming the thing that is expressed. Of honoring and holding space for all that is: love and hate, the “normal” and the perverse. Her art is an invitation to herself and to others to show up as they are and to move more fully into one’s own embodied aliveness.

She works often with shapes, color blocks, lines: simple geometries that express the “thing” and the "thing" beyond the thing: the invisible, the force that exists beyond what we can see with the naked eye.

She is known for her soul portrait paintings, a form of channeled work where she brings in her work as a healer to create a painting which reflects the participant's soul frequency. The painting is an interaction between the person and his or her own soul to create space for healing and for the most fulfilling version of him/herself to come through. 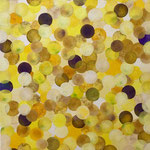 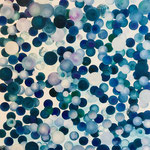 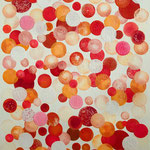 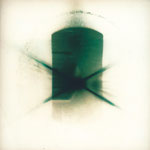 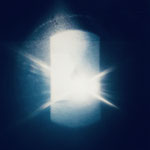 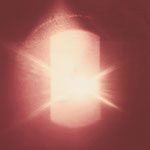